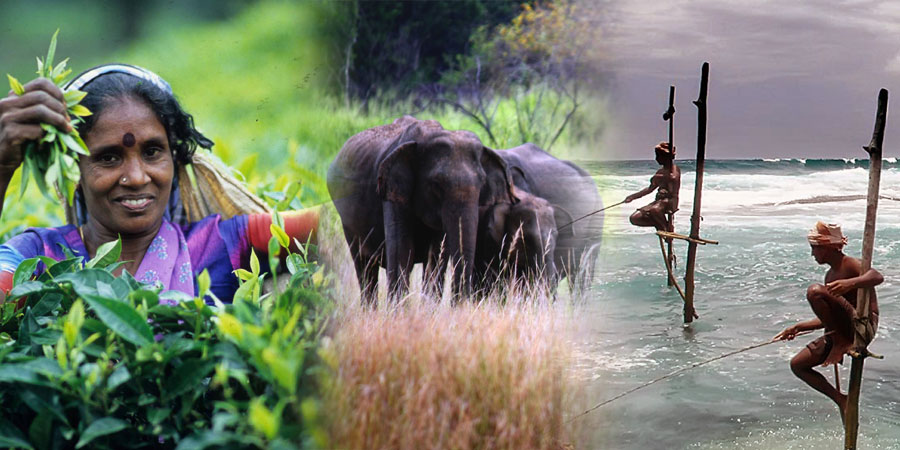 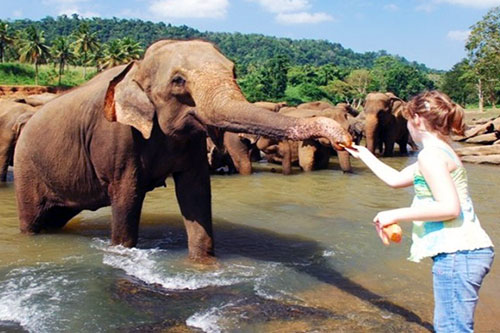 Arrival in the early morning hours. Meet & Greet by a representative and Transfer to Kandy. Enroute visit the Pinnawela Elephant Orphanage.

The Elephant Orphanage, located on the banks of the Maha Oya, is mainly to house young elephants who find themselves displaced and lost from their natural habitats for various reasons – environmental changes due to development projects, being abandoned by their parents when they fall into pits & ravines, etc. The most interesting times to visit is at feeding time which is from 0915Hrs – 0930Hrs & 1315Hrs – 1330Hrs. Elephant Bathing times will be from 1000hrs to 1200hrs. Afterwards drive to Kandy.

After breakfast proceed for Kandy city sightseeing. Kandy was the last capital of the ancient kings’ era of Sri Lanka. The city lies in the midst of hills in the Kandy plateau, which crosses an area of tropical plantations, mainly tea. Kandy is both an administrative and religious city and is also the capital of the Central Province. Kandy is the home of The Temple of the Tooth Relic (Sri Dalada Maligawa), one of the most sacred places of worship in the Buddhist world. It was declared a world heritage site by UNESCO in 1988. The English name Kandy, which originated during the colonial era, is derived from an anglicized version of the Sinhalese Kanda Uda Rata (meaning the land on the mountain) or Kanda Uda Pas Rata (the five counties/countries on the mountain).

The Portuguese shortened this to “Candea”, using the name for both the kingdom and its capital. In Sinhalese, Kandy is called Maha Nuwara, meaning “Great City” or “Capital”, although this is most often shortened to Nuwara.

Sri Dalada Maligawa or the Temple of the Sacred Tooth Relic is a Buddhist temple in the city of Kandy, Sri Lanka. It is located in the royal palace complex of the former Kingdom of Kandy, which houses the relic of the tooth of the Buddha. Since ancient times, the relic has played an important role in local politics because it is believed that whoever holds the relic holds the governance of the country. Kandy was the last capital of the Sri Lankan kings and is a World Heritage Site mainly due to the temple. Overnight at Kandy 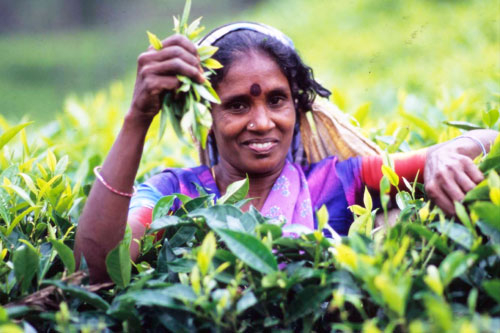 After breakfast proceed to Nuwara Eliya en route visiting Tea Plantation. Watch the tea pluckers pick two leaves and a bud with deft hands at St. Pedro Tea Plantation. Then to the factory where the all-important conversion to “made” black tea happens. The machinery used is of very traditional British design, some as old as 100 years. The process is a very artisanal one, unchanged for a century. Together with tea-infused cuisine, tea based spa treatments and trekking trails that traverse tea-blanketed hills, you can literally lose yourself in tea.

The city was founded by Samuel Baker, the discoverer of Lake Albert and the explorer of the Nile in 1846. Nuwara Eliya’s climate lent itself to becoming the prime sanctuary of the British civil servants and planters in Ceylon. Nuwara Eliya, called Little England, was a hill country retreat where the British colonialists could immerse in their pastimes such as fox hunting, deer hunting, and elephant. Overnight at Nuwara-Eliya . 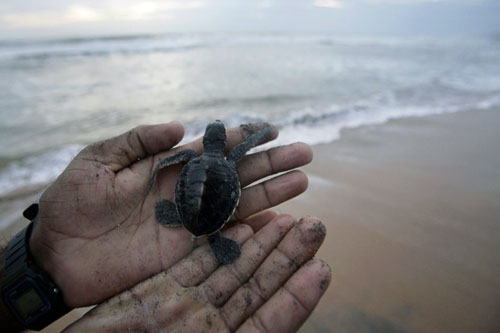 After breakfast proceed to Galle for city tour. According to James Emerson Tennent, Galle was the ancient seaport of Tarshish, from which King Solomon drew ivory, peacocks and other valuables. Galle had been a prominent seaport long before western rule in the country. Persians, Arabs, Greeks, Romans, Malays, Indians, and Chinese were doing business through Galle port. In 1411, the Galle Trilingual Inscription, a stone tablet inscription in three languages, Chinese, Tamil and Persian, was erected in Galle to commemorate the second visit to Sri Lanka by the Chinese admiral Zheng He.

The “modern” history of Galle starts in 1502, when a small fleet of Portuguese ships, under the command of Lourenço de Almeida, on their way to the Maldives, were blown off course by a storm. & reach Galle. In 1640, the Portuguese had to surrender to the Dutch East India Company. The Dutch built the present fort in the year 1663. They built a fortified wall, using solid granite, and built three bastions, known as “Sun”, “Moon” and “Star. After city tour back to the hotel. Overnight at Weligama.

Colombo possesses a natural harbor, it was known to Indian, Greeks, Persians, Romans, Arabs, and Chinese traders for many years. Traveler Ibn Battuta who visited the island in the 14th century, referred to it as Kalanpu. Due to its large harbor and its strategic position along the East-West sea trade routes, Colombo was known to ancient traders 2,000 years ago. It was made the capital of the island when Sri Lanka was ceded to the British Empire in 1815 and its status as capital was retained when the nation became independent in 1948. 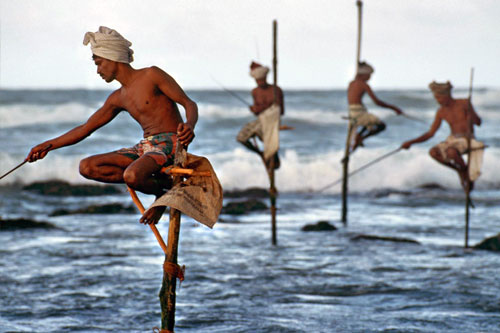 Breakfast at the hotel. Morning free at leisure. In afternoon proceed to the airport for your flight back home.

Sri Lanka Tour Packages with NTA Holidays is the best choice for travelers who like to customize their tour as per their interest, budget and date/time.